How to Avoid Drinking During New Year’s Eve

How to Avoid Drinking During New Year’s Eve 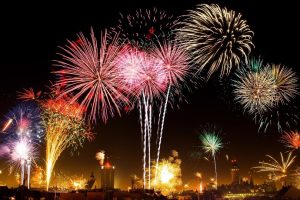 I want to make a quick confession. New Years Eve 2018 was a dangerous  time for me. I almost drank. For any normal person they’d be reading this thinking I was crazy – of course you should drink during New Years Eve! It’s the biggest party night of the year right? Not for me and millions of alcoholics throughout the world. I gave up drinking in 2016. The road was damn hard early on but in the last 6 months it has been smooth sailing for me. There have been mild cravings but nothing to worry about.

On Dec 31st, 2017 that all changed. My cravings were massively high. I was longing for alcohol like I was back at week 2 again and I felt depressed not being able to be a part of the fun. Would one drink really hurt? Maybe I could end sobriety and drink in moderation during 2018? The alcoholic voice was back feeding me nonsense and I almost bought it.

By some miracle I made it through the night without touching a drop. It took a lot of willpower! Will I be even weaker next NYE? I need to have a better strategy for next time around.

Why I wanted to drink so badly

I’ve always drunken heavily on NYE which I’m sure was part of the reason for these cravings. But there seemed to be other reasons:

As you can see there were a few factors at play here. On it’s own, one of these would have been easily squashed. But all of them together was a problem.

Lessons for staying sober during NYE 2019.

As we ease our way into 2018, maybe you’re considering giving up alcohol? It’s a great time to start! By NYE 2019 you’ll have a year of sobriety under your belt and many of your drinking-related problems will have evaporated into thin air. Just remember this article as you hit next New Years. You don’t want to unravel because of one night of celebrations. Enjoy the party, but have a solid plan for staying sober.

Happy New Year to all!