A Complete Guide to PAWS

A Complete Guide to PAWS 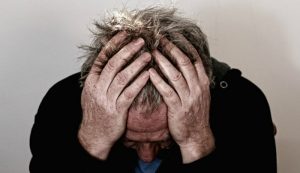 PAWS is very unique to each recovering alcoholic and it is very important that you seek medical advice if necessary. Don’t spend hours googling your symptoms. PAWS symptoms are similar to some serious diseases. Save yourself a lot of stress by visiting your GP.

My experience with PAWS

Let me start by stating that I’m no hypercondriac. In the past 20 years I would have been to the Doctor a few times ever and that was for the flu. I’d never had any medical issues and certainly hadn’t had symptoms of mental illness.

PAWS can make your life a living hell. It certainly affected me in a big way and still does (to a lesser extent) as I approach 2 years of sobriety.

My acute symptoms weren’t that bad, mostly mood swings and tiredness. Similar to those that give up sugar or coffee. Those symptoms I could deal with. However, as I approached the 3 month mark, things started to go downhill very fast. One minute I was fine. I’d had the previous month in my purple cloud – an expression used to describe an amazingly happy period that can hit you after you give up alcohol (or drugs). Suddenly, one Saturday, I was overcome by extreme exhaustion like I’d never experienced. I had no choice but to get into bed and sleep all afternoon. I felt cold even though the room was warm.

As I came out of my sleep my head was filled with a foggy feeling, I couldn’t concentrate. I went to bed early that night and what hit me the next day was extreme…

My anxiety levels were through the roof, as I drove the car I was overreacting to the smallest of distractions. Jamming on the break for very little reason. I was hyper irritable and hated everyone and everything. An hour later, I felt nothing – no emotion whatsoever. You could have slapped me and I wouldn’t have reacted. These emotional waves continued for days.

At work, I was a hopeless although luckily I managed to hide my deficiencies. My typing was ridiculous; I kept jumbling up the letters. I couldn’t concentrate in meetings and I had lost my ability to learn new information. I also could no longer perform simple logic queries in my head – simple stuff I’d always done with ease.

At month 4, things got just plain weird. I started having panic attacks and felt like I was going to pass out. The worst part of my PAWS symptoms, though, was that as I lay down in the evening for bed, I lost feeling in my legs. Just momentarily, but enough to give me a massive fright. Thankfully, this symptom only lasted a few days.

After a 3 months of intense PAWS symptoms, they finally started to dissipate. Most of the bad stuff went away and I was left with mild symptoms of forgetfulness, anxiety and problem solving difficulty. I still have these mild symptoms but they are getting less. I hope they will one day go away completely.

Who is likely to experience it?

There is no exact science to this. Some factors that have an influence include:

Don’t make the mistake of thinking this will only affect end-stage alcoholics that were heavily drinking all day. I wasn’t at that stage but I did drink regularly for many years and PAWS hit me like a hammer. I also know some heavy drinkers who never experienced anything bad.

How long does it last?

For those that suffer from PAWS, life would be a lot more bearable if they knew how long it will last. Unfortunately there is no standard time frame; duration can vary wildly from a few days to years.

As you can see, there are a lot of symptoms and there are actually more than what I’ve listed here. These are common symptoms I read about frequently in research papers and forums.

How to deal with PAWS

I can’t urge you strongly enough to seek medical advice. In addition to this, PAWS can be helped by:

For myself, I found eating well and exercise were a huge factor for reducing my symptoms. I took up trail running and, having an addictive personality, began running further and further. It was therapeutic and gave me the chance to get away from the noise of everyday life. By the time I finished running, all my worries had melted away. You may not be able to run, but there are loads of other possibilities. Maybe a brisk walk each day would be a good start?

This is a progressive problem which can effect alcoholics who repeatedly relapse.

Although kindling isn’t well understood, but addiction experts speculate the over-sensitized neurons. These neurons are responsible for your alcohol cravings and each relapse will increase their hypersensitivity.

As kindling progresses, each episode of relapse often results in longer and more intense drinking sessions. The risk factors become dangerously high. Have you been through multiple relapses and noticed worsening symptoms each time? Is the answer is yes, then please visit you Doctor before you consider giving up next time.

PAWS will affect some alcoholics in recovery, although it’s hard to get exact statistics on what percentage will experience them. If you have issues, your first step should be to seek medical advice. Often your GP will point you in the direction of a counsellor who can help you work through the symptoms. Don’t try to “tough it out” because in some cases symptoms will get worse untreated. You’ve made the sensible decision to quit drinking; there’s never been a better time to address all your health problems and work towards a complete recovery.